“The Lure of Light” – single by Alexander Robotnick 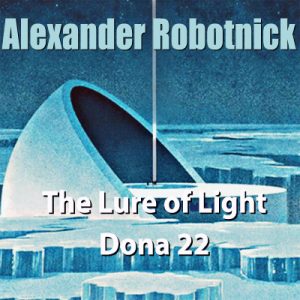 Two more tracks by Alexander Robotnick while waiting for his work-in-progress new LP “Simple Music” to be released next Spring.
In “ The Lure of Light” chords like sudden flashes of light burst into an Acid base in Eb Major.
In “Dona 22 “ onto a dark rhythmic flow crossed by different bass lines suddenly comes an epic melody.
Approaching the end of the track , Donatella’s voice – Robotnick’s partner – recites a poem she composed on the 22nd anniversary of their sentimental relationship. 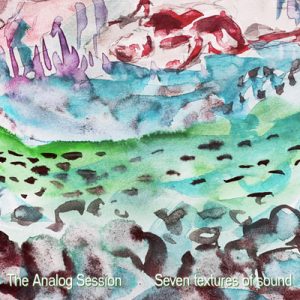 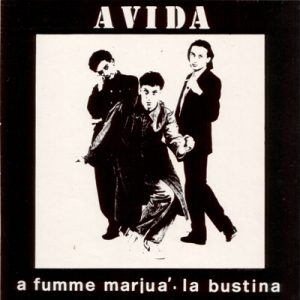 The Avida project was ideated by Maurizio Dami (aka A.Robotnick) in 1981. The project featured : Stefano Fuochi (synts) Daniele Trambusti (drums and recording) and Stefania Talini (visuals).
In the early 80s Florence was blooming with top level creativity throughout all fields ( theatre, fashion, design and music) .

Avida’s music can be described as “cabaret -dance”; the lyric – extremely irrevent and genuinely “Florentine” in style – played a key role in it and that’s the reason why the project became popular almost exclusively at local level.

Avida perfectly fit in with a kind of underground music that was getting all the rage in Italy in those days: nonsense music (musica demenziale).

N5 From Outer Space Behind the scenes

N5 From Outer Space by The Analog Session has recently reached over 1 million views!

It was January and it was quite chilly in my studio in the countryside even with heating on. That’s why we were dressed in heavy ,shapeless woolen gear. We were wearing caps to prevent the light from reflecting on our bald heads. But I like that many viewers thought we had dressed up like burglars.

Is there any cut? Yes, a couple. The original recording was very long, like all jam sessions.

Is there a computer? Yes there is one , it’s out of frame and runs Cubase. It doesn’t do much but sending the clock and a couple of sequences like that of the theme played by Oberheim. The remaining sequences are on-board. The computer is essentially necessary to record the 6 tracks that will allow to do a reasonably good mixing afterwards.

Is the very casual stage-set intentional? No, it’s not. We were too busy to make everything work that we couldn’t care about it. The only “touch” was the oscilloscope that made the scene looking even more retro. No use in the session

Is there any audio overdubbing? No, we just left it all minimal and improvised as it was.

Is there any video overdubbing? Yes, the modular and the ribbon slider were shot alone immediately after the session.

BTW the theme was written just 10 minutes before the session.

To put an end to the endless discussion about analog versus digital: Analog for us means  the source of the sound is analog, no matter if it has been recorded digitally. Digital recording, if  correctly done, doesn’t change the content of the audio signal. It just freezes it into recording!
Digital means  the sound has been created digitally, no matter if you are recording it on a tape cassette. It’s still f**ng digital!

The best tracks I’ve played in the last 8 years

(That is the tracks I would play when I was not required to play italo disco..;)

I dedicate this long Mix (3 hours) to all those kids who enjoyed my live DJ-sets and to the producers of these excellent tracks who worked hard to let us , DJs, make a living with their music. 😂
As I already repeatedly announced I’ll stop djing as of January 2020 but I’ll keep on playing live.
I don’t stop because I no longer enjoy dj-ing: I’m almost 70 and clubbing hours are giving me physical disconfort. Live-performances will hopefully run at more sustainable times of the night or day , especially at festivals.
In this long mix I made little distinction of genres as I actually do also in my DJ-sets.
It’s essentially a kind of Disco but it’s also tech-house, deep-house and progressive. The ideal music for private parties with best friends 😂
My DJ-sets are obviously more contaminated with stuff from the 80s but for this selection I picked only the tracks that I’ve bought or received as promos in the last 8 years and I ‘ve been playing many of them until today
It’s a straight off mix, please forgive any mistake or oversight.